Prolectric lights up the running track

Prolectric was delighted to provide 10 ProTemps solar street lights to the North Somerset Athletic Club. The lights were provided to light up the running track during the night training sessions.

North Somerset Athletic Club was set up in 2004, when a huge demand for athletics among young people in the area was recognised. The club is supported by over 30 qualified coaches led by Head Coach Chris Millard.

In 2010, North Somerset AC put together a 3-phased plan to develop an Athletics training facility at Clevedon School. The first phase was completed during July 2015 (60m 6-lane track, long jump pit, throws cage, and gravelled shot put area) which made a huge difference to the quality of provision the club was able to offer the young athletes. During 2018 a second phase was built, adding a high jump and pole vault area, allowing them to deliver all Athletics events.

Lighting was an issue for North Somerset Athletic Club as the lamps in the running track weren’t bright enough to provide safe training for the members of the club.  For a couple of years we made do with the light from an astroturf area 100m away, tennis courts and some LED spotlights. This was an issue, especially during winter months with longer dark hours jeopardizing the quality of the training sessions. Going solar was the only way forward as it was easier to install and didn’t require any cable trunking.

The ProTemp was the best option to cover the club’ needs and provide powerful bright LED solar lighting for the running track. With no mains power, the ProTemp dispenses with the need for a contractor to dig trenches, install trunking or cables and saves significantly on groundworking and installation costs.

Prolectric decided to offer 6 ProTemps to the North Somerset Athletics Club with a custom switch so the club could turn them on and off when they needed to. An additional 4 units were purchased by the club to improve the lighting of the track.

Massive change in the training environment:

The ProTemps street lights made a massive impact in the training environment. The coaches were now able to provide safe training to the club members during the winter months when the hours of light are short.

This has also an impact in the feel good factor for the members of the club and future new members as the Prolectric solar street lights made the facilities of the club look more welcoming. In addition, the ProTemp offers a clean, low-carbon lighting solution that requires minimal maintenance making a great impact for the environment.

Chris Millard, Head Coach of North Somerset Athletics Club said: “We work with large numbers of athletes, and this enables us to ensure everyone is safe, and allows us to deliver hurdles, high jump and long jump whereas previously we tended to avoid them during the winter months due to poor visibility! Prolectric have been amazing throughout and all at NSAC cannot thank you enough for your efforts. “.

Chris Millard added: "For athletes to return to training, after missing so many months due to the pandemic, and be met by the lighting development gave everyone a genuine lift. Many athletes have been involved with the fundraising, so to see their efforts rewarded, and at this most difficult of times, was priceless. So many parents and athletes have approached me to congratulate us, or to show their excitement, at the development, there is a real feeling of 'new era' at NSAC. They are aware how lucky they are to have this facility, as many similar clubs have not been able to train at all, and still struggle to access training sites "

Matthew, a parent of one of the young athletes said: “I am so pleased that my little bit of knowledge, and incessant Web browsing managed to find Chris & the Prolectric team. Their assistance, patience and generosity has been incredible. The ability for the young athletes to utilise the running track during the winter months will make a huge difference to their regime & subsequent competitive events. A huge thank you to everyone involved & we look forward to our continued relationship “. 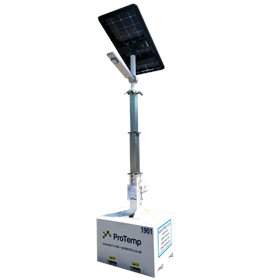